Women’secret, the lingerie and intimate apparel brand of Tendam (formerly Grupo Cortefiel), is introducing its new store on Rue Montmartre, the central Parisian neighbourhood. Women’secret is continuing its international expansion plan and is opening a store in the capital of France again, a country where it will continue with more openings throughout the year.

The new Women’secret store has a space of over 200 square metres in one of the most famous areas in Paris. The new point of sale is located in a typical Parisian building where the brand’s latest trends can be found.

Women’secret is continuing its expansion policy in France which began months ago with the opening of a flagship store in Lyon followed by another opening in the elegant street Rue de Passy in Paris. This new point of sale sticks with the Bohème + poétique store concept: Boètique.

Women’secret’s new store is designed so that the shopping experience takes place within a universe where new sensations and values coexist, which is perceived through the design of the space and the characteristics of the intimate apparel collections. New textures and shapes highlight the delicacy of the lingerie and take us to an atelier. 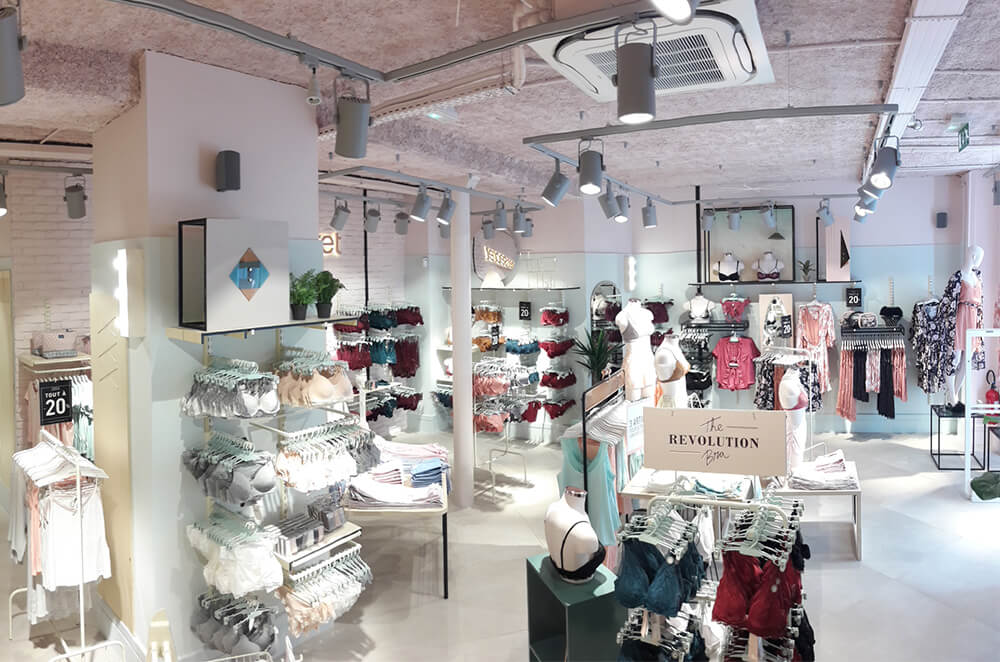 The opening of the store which took place last week is part of the Spanish brand’s strategic plan announced in June, which as part of its expansion plan includes 44 corporate store openings, 22 in Spain and another 22 between Europe and Mexico.